So, next in my retirement series, I'm going to do the most accomplished gymnast in USA'a history, medal count wise. 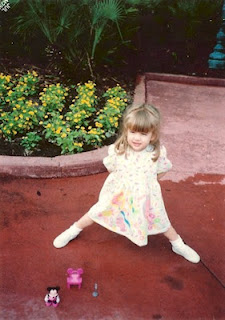 Photo Property of NBC Olympics
Early Days/ Early Elite Career (2002-2004)
Alicia began gymnastics when she was 8 years old, after taking some dance classes since she was 3.  Not much is known about her early gymnastics career, but she began and ended her career with the same coaches, Mihai and Silvia Brestyan, before they opened their own gym.

Her first junior elite meet was the 2002 U.S. Classic, where she placed seventh all around and sixth on vault, but her results dramatically dropped at nationals, where her placing 22 all around, but seventh on beam, which still is not an indicator of how she would perform on this event later in her career.  in 2003, she dusted off the nerves and placed 14 all around, 4th on vault, still poor compared to Alicia standards, and earned a bronze on beam.  She was asked to compete in her first international meet, the Massilia Cup, placing 4 on floor and 9 on vault.  Early in 2004, she competed at the Pacific Alliance Championships in Hawaii, winning gold with the team and an individual gold on vault, setting herself as a legitimate contender of a spot to Athens.  However, at nationals, she fell on beam in the first rotation, and had her usual errors on bars, and failed to advance to trials.  Also, she injured her back and took time of to recover.

2005-2008
After recovering from her back problems, Alicia showed a strong showing at the 2005 Event Final American Cup, in Uniondale, New York (about 15 minutes away from where I live!)  She won the gold on the vault, and silver on the floor.  She showed a strong showing at the 2005 nationals and won vault, floor, and a bronze on beam and forth in the all around, an event Alicia was known for because of her bars.  She was later named to the 2005 World Championships Team, with Nastia Liukin and Chellsie Memmel.  She had a great meet at her first worlds, winning bronze on her best event, vault, and winning the gold on floor.  2006 showed a similar fate for Alicia, defending her vault and floor victories at nationals, winning silver on vault and with the team.  2007 saw the rise of many new age-eligible seniors, and Alicia rallied the team after a not-so-good beam rotation and led the team to its second ever World Championship Title, with out a doubt filling the leadership role over all of the rookies, which is something she is well-known for, and has in a way passed it down to her gym mate Aly Raisman.  After 2007 Worlds, she set her self up as an almost guaranteed spot on the Beijing Olympic Team.  After a strong showing, Alicia was an Olympian.

The Olympics were not a happy time for Alicia.  She fell twice during the team finals, after which many people blamed her for the loss, which is not true.  Every gymnast made mistakes that day, and mathematically, it would not have been possible to overtake the Chinese.  However, many people didn't realize it, and many Americans and reporters, blamed Alicia, as you can see here.  Also, in the vault final, she hit two great vaults, but placed fourth, which is very upsetting, because Cheng Fei, the bronze medalist, fell on one of her vaults.
After the Olympics, Alicia announced her retirement. 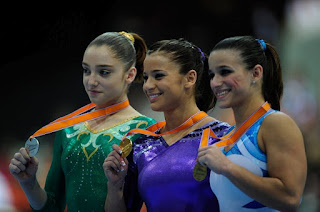 2010-2012
After announcing her comeback in 2009, Alicia's comeback was the biggest story of the 2010 U.S. Classic, along with Mattie Larson's dominant return.  At Classics, she won vault and beam, which is a huge accomplishment for her first competition back.  At nationals, she won her fifth vault national title, and second on beam.  She was later selected for the World Championships, where she again led the team to a silver medal, and won her first world vault title.  2011 showed her "full" comeback, adding floor to her resume.  She placed second on vault, behind future World Champion and Olympian McKayla Maroney, and won gold on beam.  She was selected to go to Tokyo for the World Championships, but two days before prelims, she ruptured her Achilles and was sent home right away for surgery.  Since no alternate filled in her spot on the team, she was awarded her tenth world medal, becoming the most decorated women in the US at World Championships, breaking a tie between her, Shannon Miller, and Nastia Liukin.

Just 8 months after Tokyo, and her surgery, Alicia looked as good as we've seen her, and at nationals, placed first on vault, and third on beam, behind new senior Sarah Finnegan, and gym-mate Aly Raisman.  She advanced to Olympic Trials, and despite an incredibly strong showing, Alicia was not even named as an alternate to the London Team.

Alicia has had an incredibly career, despite never having an Olympics that she imagined.  She has been quoted saying, "When you imagine your dreams coming true, You never picture a mistake."  She has said redemption was what this comeback for, and even though it didn't come in the way she imagined, I think it is safe to say, in the hearts of gym fans everywhere, redemption accomplished.
I wish you the best in every thing the future holds for you Alicia!