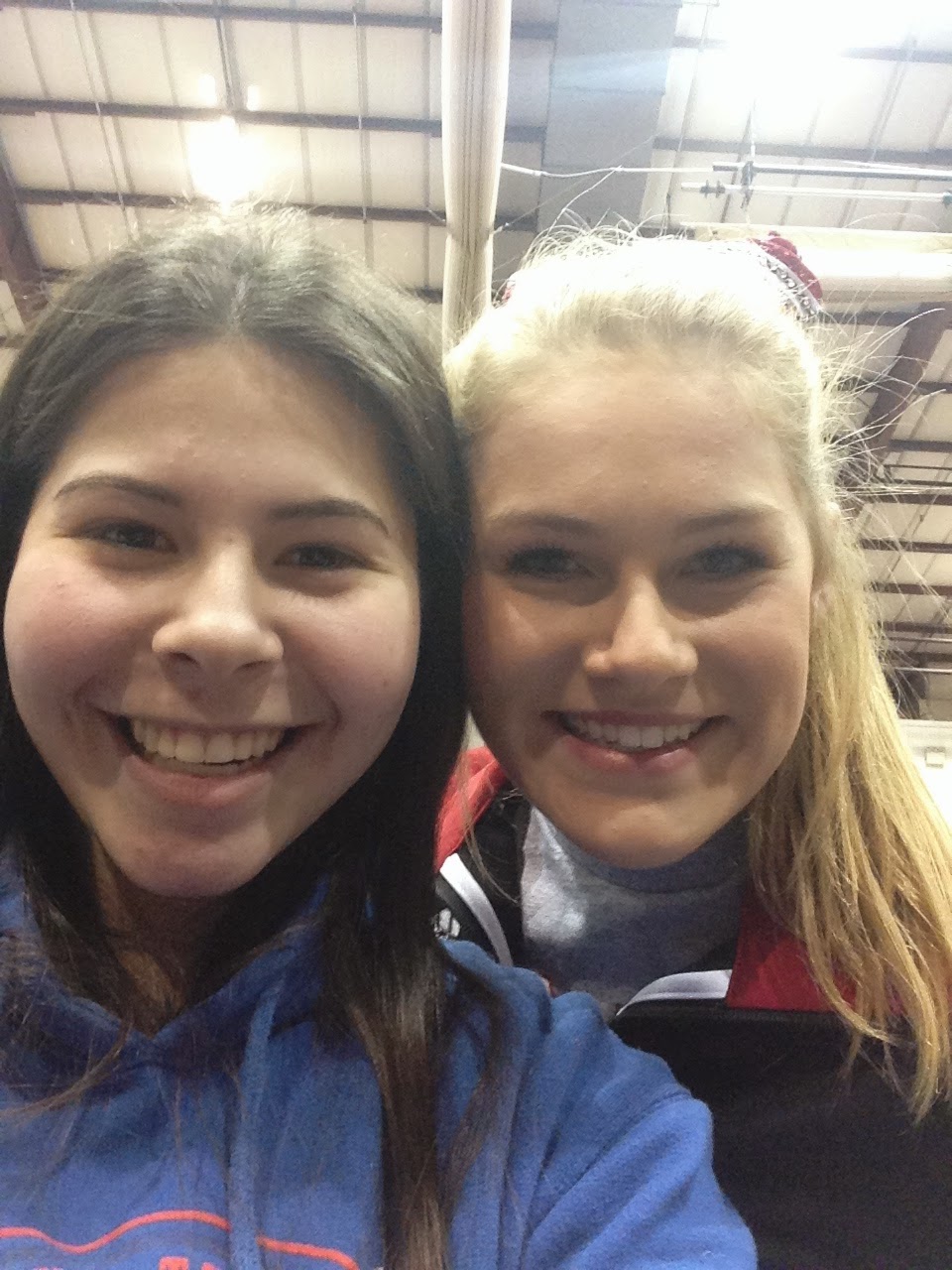 Saturday, I went to the Rutgers, Nebraska, SUNY Brockport, and Southern Connecticut meet.  It was my first one and I had SO much fun!  I had planned to take videos, but after recording introductions, I decided to just enjoy the meet, while my dad took pictures.  I was so grateful that my dad wasted his Saturday to take me to one of my favorite schools for a sneak peak of the next four years of my life!
I thoroughly enjoyed watching Nebraska compete, it was especially awesome seeing Ashley Lambert get a 10.0 on vault for the second week in a row, and watching Rutgers was also cool.  They are definitely a team on the rise and have some awesome recruits coming in.

When I first got to the meet (after my dad drove in a circle for like 10 minutes trying to find the gym), they gave us a tee shirt, and we went into the gym.  They had bleachers and no matter where you sat, you had a good view!  We watched the end of warm ups, and I was so excited to see the meet!  Once all of the teams walked out, the place went NUTS for Rutgers, and there were a lot of 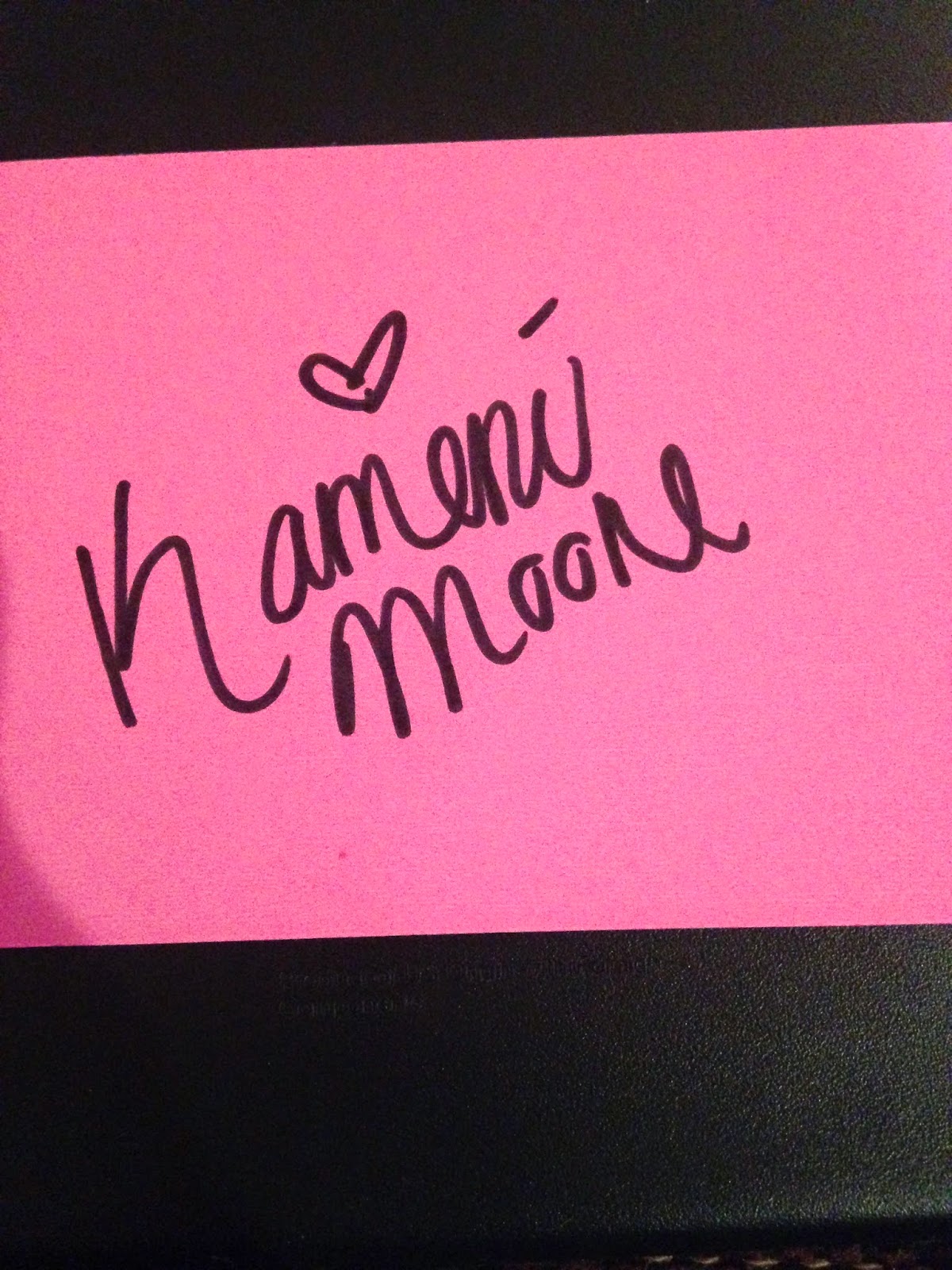 Nebraska fans as well!  Once the meet started, we found one of the little ones from the gym back home and she was in awe (as was I!)  It was a little hard keeping up with everything (the only other meet I've been to was the 2012 American Cup where they competed one at a time) but I loved watching Nebraska.  The score board was a little screwy at time but I didn't really care.  After Hollie Blanske got a 9.95, every one was quiet, waiting for Ashley Lambert to vault.  After she vaulted, the place went CRAZY!  Every team's fans were screaming, Lambert was screaming, and the score was posted and it erupted again.  It was so cool!  They then announced the results, which were kind of predictable.  They announced that Rutgers got a 195.325 and the Rutgers team was so excited! 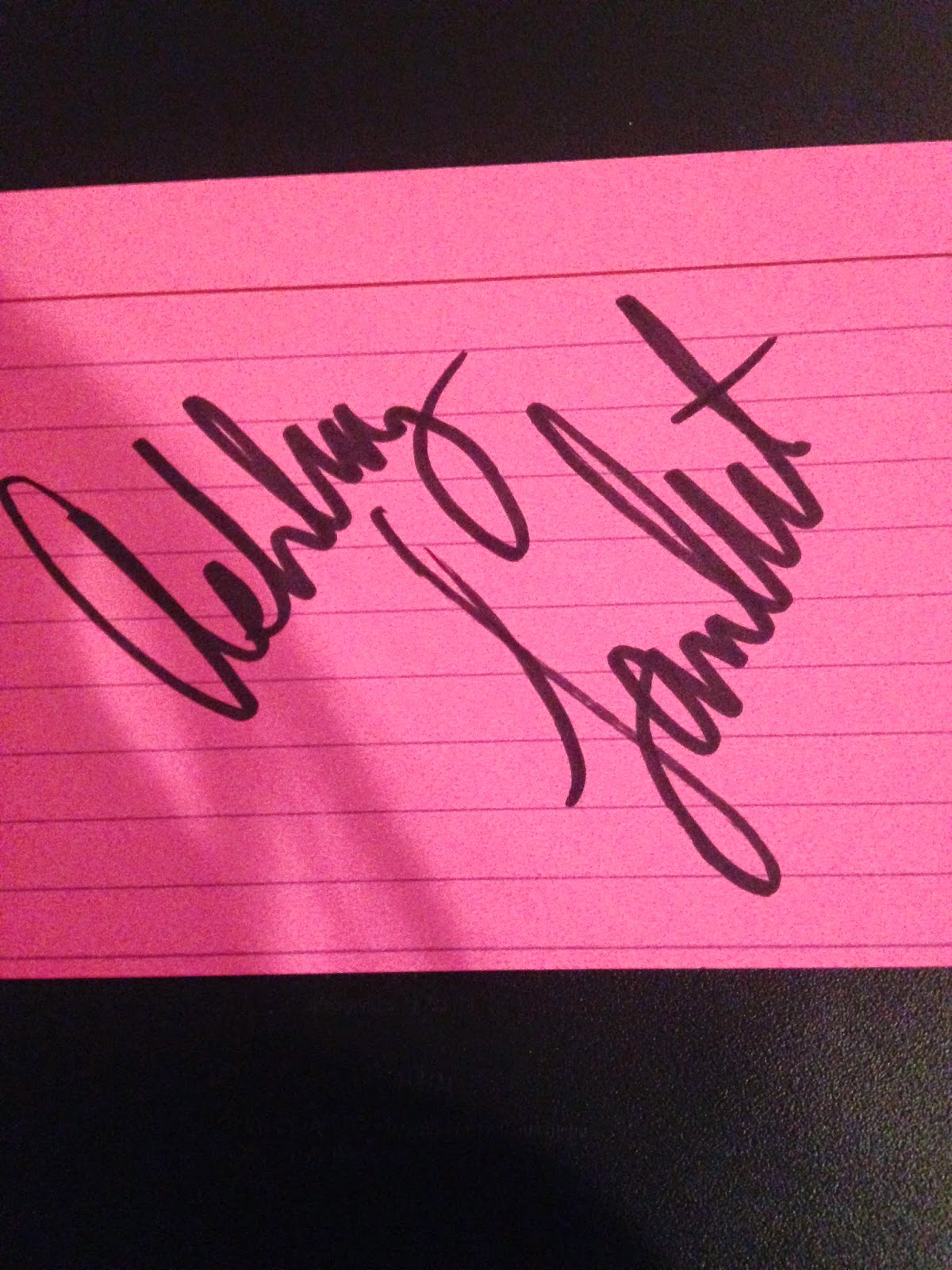 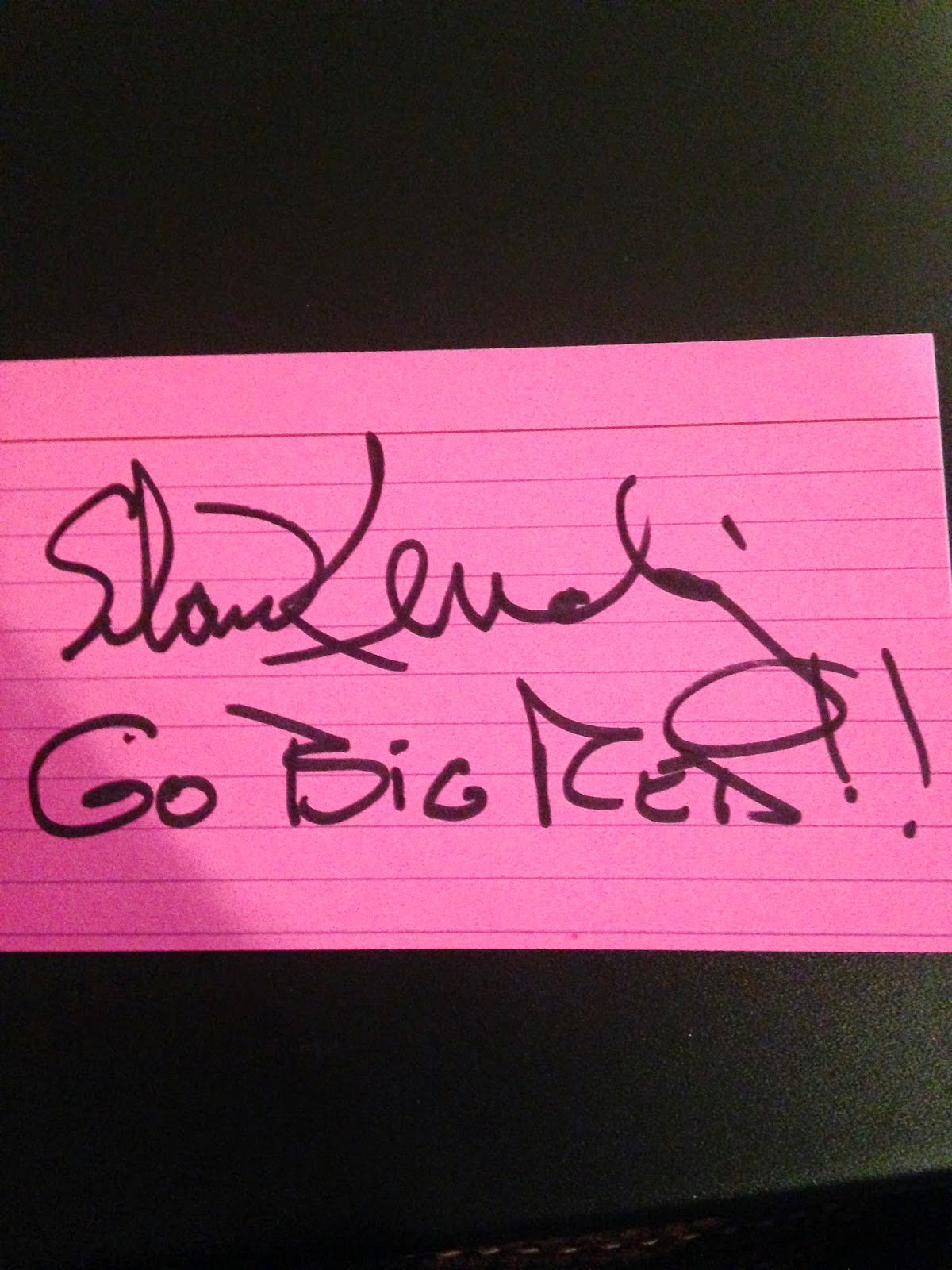 After the meet, I got to see my neighbor that competed, and she wasn't too happy (she fell three times on the one event she competed,) but laughed it off.  It was really cool to see her.  Then I was waiting around near the floor with the little one from my gym.  We got to meet Kami Moore, who was the one gymnast I wanted to meet most.  I introduced myself as the one that sent her an "Inspiration" bracelet I made her two years ago and she got so happy! "That was you?  I still have it in my dorm!"  She then gave me a huge hug, signed my index card, and took a selfie.  We almost met Jessie DeZiel, but she left to get on the bus before we could.  We then got a poster signed by the entire Rutgers team, and April Baker is SO nice!  She was also funny, but I mean duh.  Just look at her twitter.  The whole team was nice.  The little one knew Emma Hoffman and she was so excited to her!  After we went into the hallway, we saw Ashley Lambert talking to some family members, but I was not about to miss that opportunity, so we waited.  She noticed us about 2 minutes later and she is so funny.  As we were walking out, I accidentally bumped into Dan Kendig, so I got his autograph to.  He was slightly awkward, it was funny. 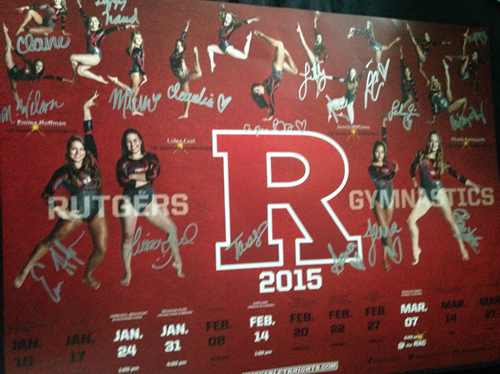 That was my first NCAA experience.  I enjoyed it, the atmosphere is just as fun as it looks on television.  I can not wait for college, as no matter where I go, they have gymnastics team!  To see my dad's pictures, click here.