With two years to go until the torch is lit in Rio de Janeiro, many people are quick to disregard the "mid quad" year.  Some of the top contenders are still fighting for Junior Titles, others are nursing injuries, and some are have yet to even qualify elite.  Will the results that come from this year stay relevant in 2016, or will we look back at this year and laugh at the "Mid Quad Shenanigans?" 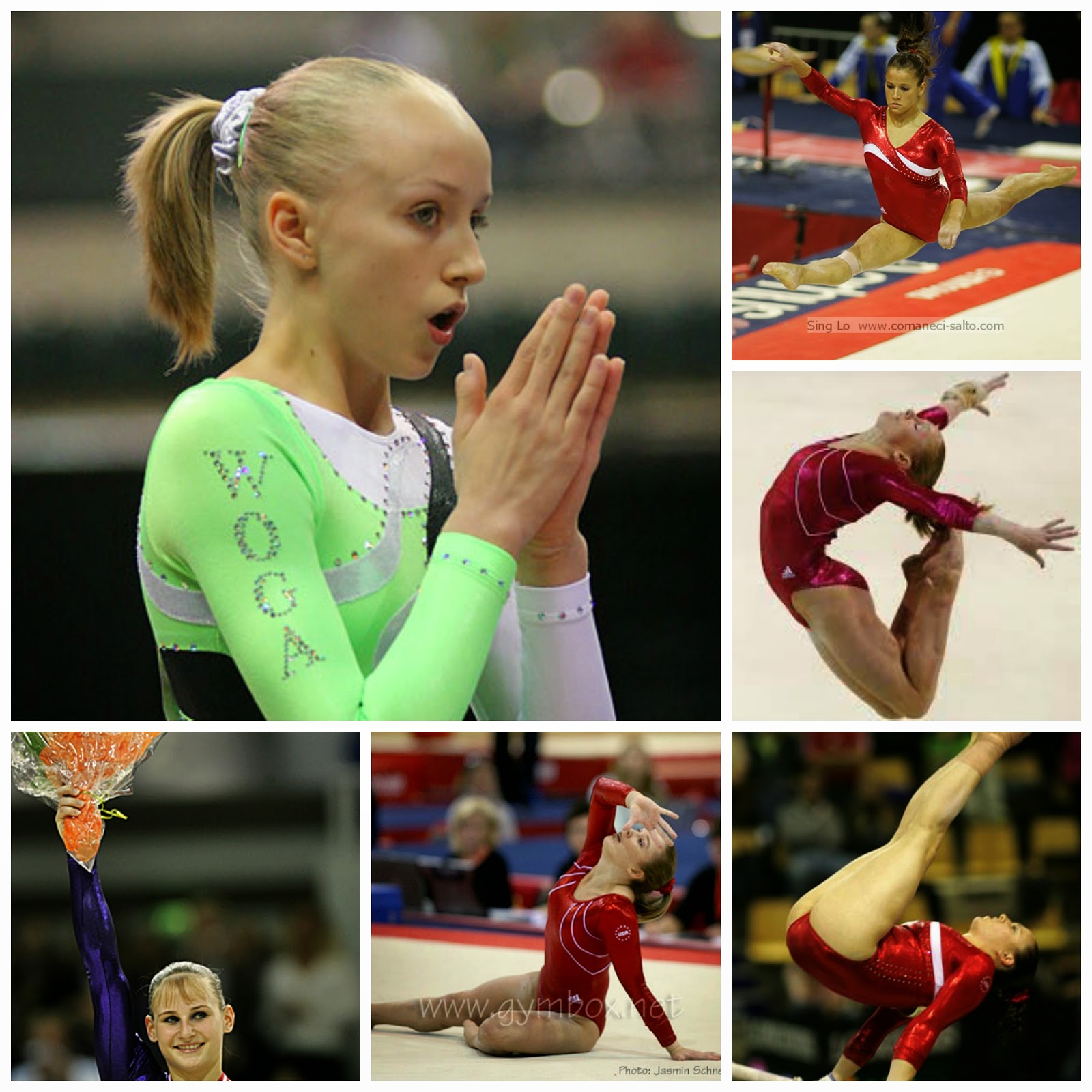 The key players this year where Nastia Liukin; who played less of a role in 2006 than other years because of an severe ankle injury, Shayla Worley; who was too injured to compete at Nationals and Worlds, but was influential in the early season success of the United States, and Jana Bieger; who ended the best season of her elite career with an All Around Silver Medal at the World Championships.  Chellsie Memmel, who was the reigning World All Around Champion, injured herself on bars during the Team Finals at Worlds, finished the Team Competition, and proceeded to miss the entire 2007 season with a torn shoulder.

Of these key players, three went on to make the 2008 Olympic Team.  Nastia Liukin went on to help the team win a Silver Medal, as well as the All Around Gold, Bars Silver, Beam Bronze and Floor Bronze.  Chellsie Memmel fractured her foot a week before competition started, and was able to compete solely on bars, helping Team USA secure the Silver Medal.  Alicia Sacramone went on to make the Olympic Team, where she competed on vault, beam, and floor.  After a breif retirement, Alicia came back, where she was a prominent force in 2010. 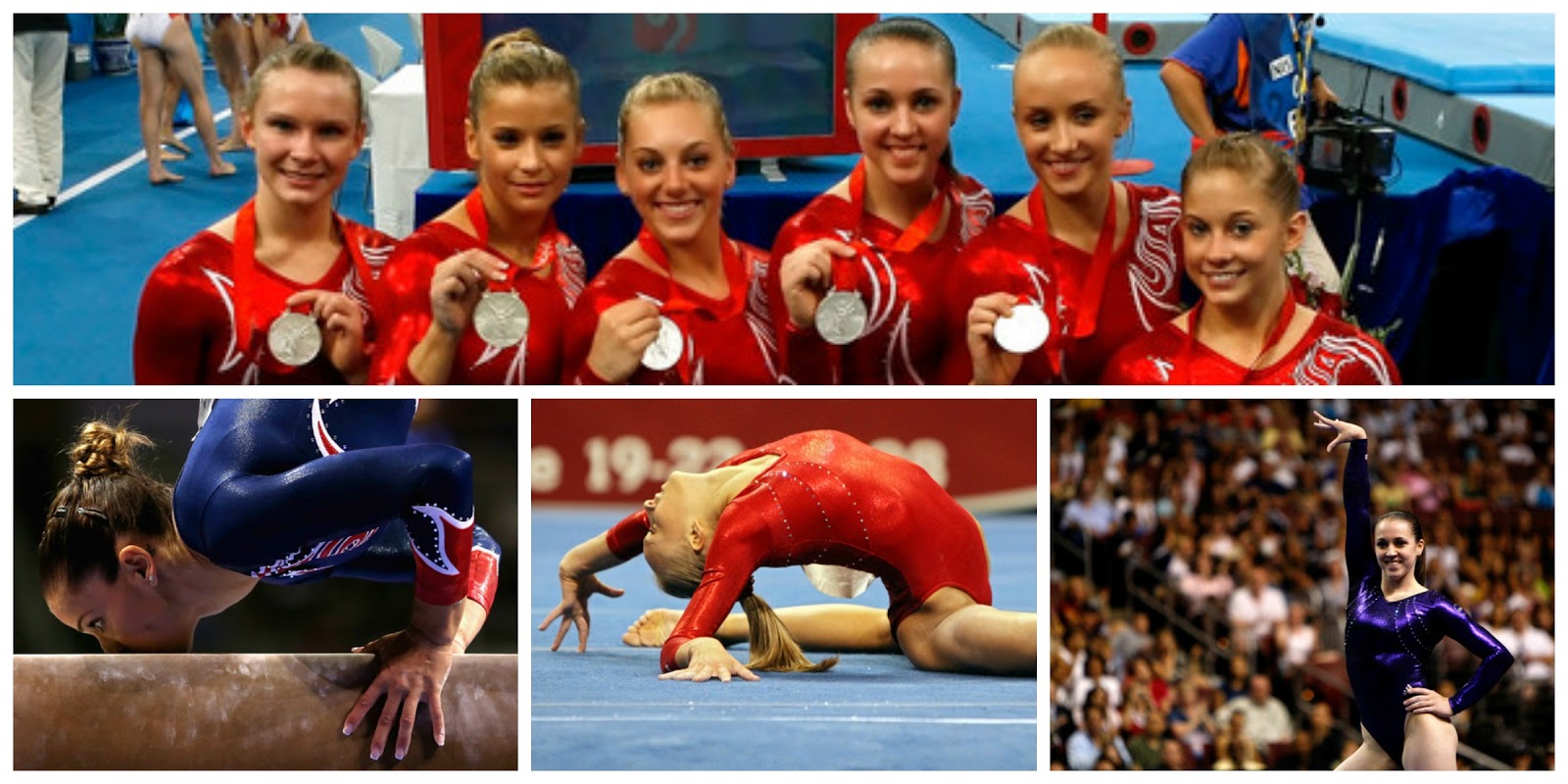 Shayla Worley successfully made the 2007 World Championships Team, where she became a World Champion with Team USA.  After injuring her back in early 20087, Worley came up short of making the Olympic Team, after petitioning to Trials and being invited to the Selection Camp.  After 2006, Jana Bieger injured herself at the 2007 American Cup, wasn't ready for Nationals, and did not make her third World Championship Team.  In 2008, she fell numerous times on bars, notably during Olympic Trials and Selection Camps, the event where she would be most valuable.  Bieger was subsequently named the alternate to the Olympic Team. 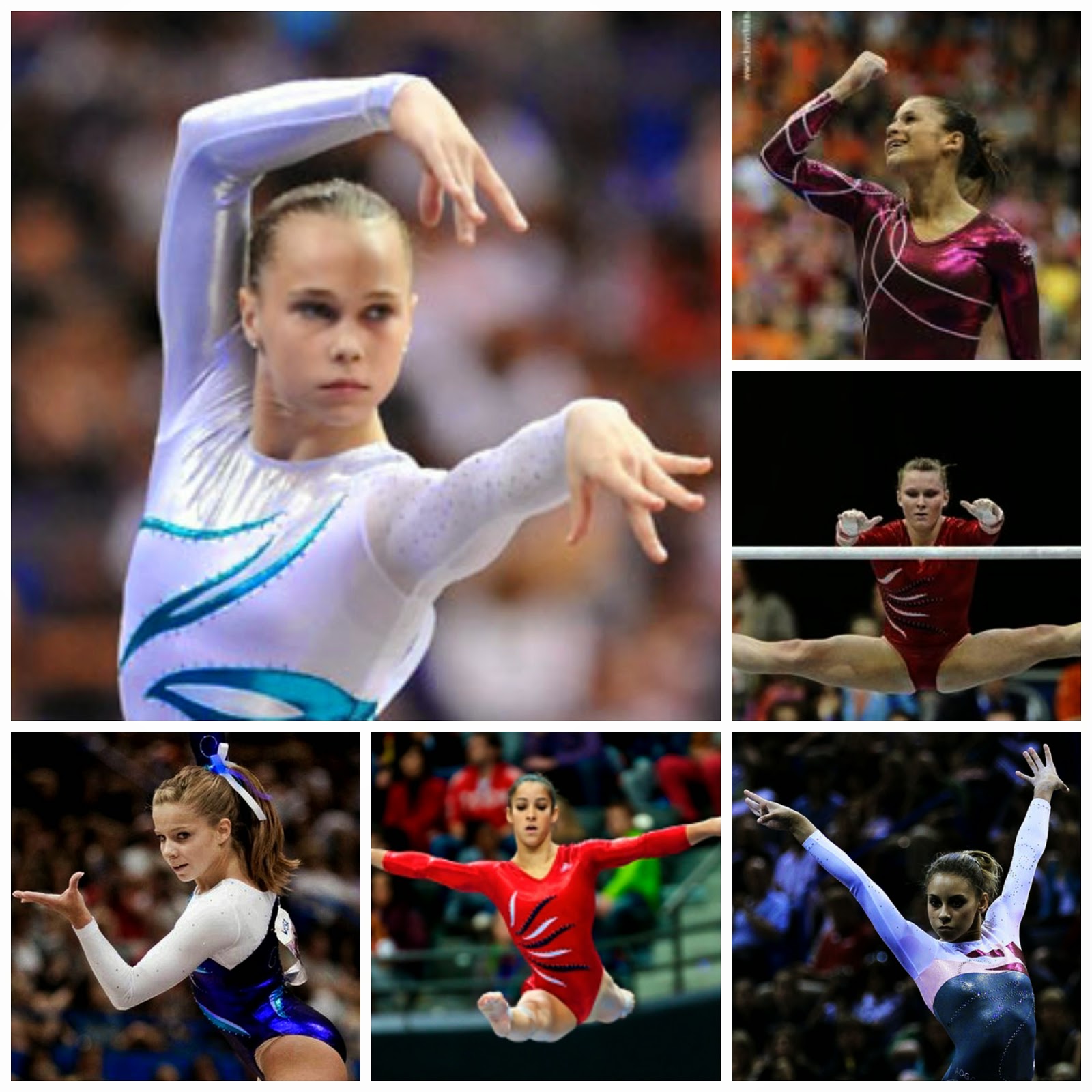 The first meet in 2010 saw Rebecca Bross claim her only American Cup victory and the Senior International debut of Aly Raisman.  Shortly after, the United States sent a team consisting of Rebecca Bross, Aly Raisman, Kyla Ross, Bridget Sloan, Sabrina Vega, and Jordyn Wieber.  Of these six gymnasts, half would end up Olympians in 2012.  Rebecca Bross captured the National Championship Title in dominating fashion ahead of Mattie Larson and Aly Raisman.  At Worlds, a team consisting of Rebecca Bross, Mackenzie Caquatto, Mattie Larson, Aly Raisman, Alicia Sacramone and Bridget Sloan narrowly missed the Gold, falling short .2 to take the silver behind Russia.  Alicia Sacramone went on to win the Vault Gold, Rebecca Bross went on to win the All Around Bronze, Bar Bronze, and Beam Silver.

Aly Raisman, who had an impressive rookie season, Jordyn Wieber, who was collecting Junior Titles left and right, and Kyla Ross, who won medals on every event but beam (including Gold on Vault), all ended up making the 2012 Olympic Team, who won the Team Gold.  Aly Raisman went on to become the most successful US Gymnast, winning the Beam Bronze and Floor Gold, and losing a tie-breaker for the All Around Bronze Medal.  Jordyn Wieber became the World All Around Champion in 2011, but narrowly missed qualifying to the London All Around Final, despite qualifying fourth into the final.

Rebecca Bross famously dislocated her knee cap day 2 of the 2011 Visa National Championships.  After struggling all competition, Bross continued to twist while making contact wioth the floor, eliminating her chances at making the 2011 World Championship Team.  Bross' training time was cut drastically when she tried to return, and after a heartbreaking final bar routine, she did not make the 2012 Olympic Team.  While trying to make the 2011 World Championship Team, Mackenzie Caquatto broke both ankles at a verification camp.  Accepting defeat, she retired from elite gymnastics and started a successful gymnastics career at the University of Florida, where she became a two time NCAA Champion with her team.  After failing to compete well on floor under pressure at the 2010 World Championships, Mattie retired from elite gymnastics and joined the UCLA Bruins for the 2011 Season.  In the winter of 2014, Larson retired altogether from gymnastics, quitting the team in her junior season.  After a successful 2010 World Championships, Alicia seemed back where she was before her retirement; and better.  After making the 2011 World Championship Team, Alicia tore her Achilles Tendon in training.  Alicia still came back in time to fight for a spot on the Olympic Team, but ultimately came up unsuccessfully.  After coming back strongly in the All Around for the first time since winning a World Title in 2009, Bridget Sloan fell during her touch warm up on the first day of Olympic Trials.  Sloan dislocated her elbow and was unable to fight for a spot. Sloan joined the University of Florida for the 2013 season, where she led the Gators to their first NCAA Team Title in school history.

In this Mid-Quad year, about half of the key players experience success two years later.  In this completely unpredictable sport, no one knows for sure what will happen in 2016.  Looking at past trends, many of the important faces were still prominent in their respective Olympic Years.  Of the 12 World Team Members, 8 of them competed at the Olympic Trials, and 4 of them made the Olympic Team.  No one knows for sure what will happen in 2016, but already 1 key player from 2014 is out of the running, as Elizabeth Price, who had a tremendous amount of success in the early season, is headed off to Stanford in the fall.  The key players this year so far have yet to be determined, and 2016 is still a huge puzzle.  Will the puzzle become a little clearer come Janurary 2015? The odds say, many of them will be in contention come June 2016.
Posted by Allie at 8:04 PM