Last night, I was watching the 2004 Pacific Alliance Championships and as Australia competed on floor, Al mentioned how nations build their programs to peak during their home Olympiad.  This got me thinking, could Al be right about the Olympics after? (I know, these are the things that keep me up at night.  In my defense, I was partially shocked Al could add some insightful commentary.)  The more I thought about it, the  more it made sense.  I wanted to put this all in a post so you all could see my findings.

Atlanta 1996
It makes sense that USA gymnastics had their best Olympics to date.  The US took 2 golds, including their first team gold, 1 silver and 1 bronze.  The Mag 7 had the second highest medal haul behind Romania.  But then four years later, they won 1 medal, team bronze, 10 years later after it was determined that Dong Fangxiao was underage.  The 2000 Olympics were the worst Olympics for the United States recently, coming off of the best Olympics up until that point. 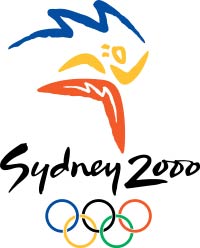 Sydney 2000
Although Australia isn't a gymnastics power-house, they were growing their program in anticipation from the Sydney Games.  They qualified in 7th place, which would've qualified the team to the team final should it have been known that Dong Fangxiao was underage.  In 2004, the Australian girls qualified into the team final, finishing 8th, setting the girls up for a 6th place finish in 2008.

Athens 2004
Greece, which does not have a large WAG program, qualified 2 female gymnasts into the 2004 competition, with Stefani Bismpikou qualifying into the All Around final, finishing 15.  In 2008, no Greece gymnasts qualified to a final, with only Greek gymnast qualifying to the games. 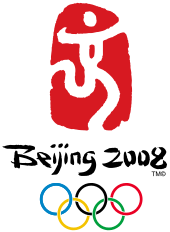 Beijing 2008
Going into Beijing, the Chinese team was the heavy favorites, having superior difficulty and execution than the Americans.  They lived up to the hype and became China's first Olympic Team Champions.  After a "rebuilding" quad, many had low expectations.  They finished a disappointing fourth place, which resulted the team to tears.

In short, with the exception with the 2004 Australian team, programs put so much emphasis on peaking in the year of the home Olympiad, which causes a disastrous next Olympics.